Cambria Gateway to the Baviaanskloof

When the road enters the cuttings past Patensie you will see exposed Enon Conglomerate rock formation which consists of pebbles in a sandy matrix. About 140 million years ago the Cape mountains were roughly three times higher than today. A period of high rainfall then eroded them and the Enon Conglomerate was the result. Much of the Gamtoos valley is composed of this.

Along these cuttings is a rock formation known as Queen Victoria's Bust. It can only be seen from the west so you will have to stop and look back, but be careful of traffic coming round the bends. Stop at the first lay-by after going over the bridge. [S33 45.403 E24 41.278] 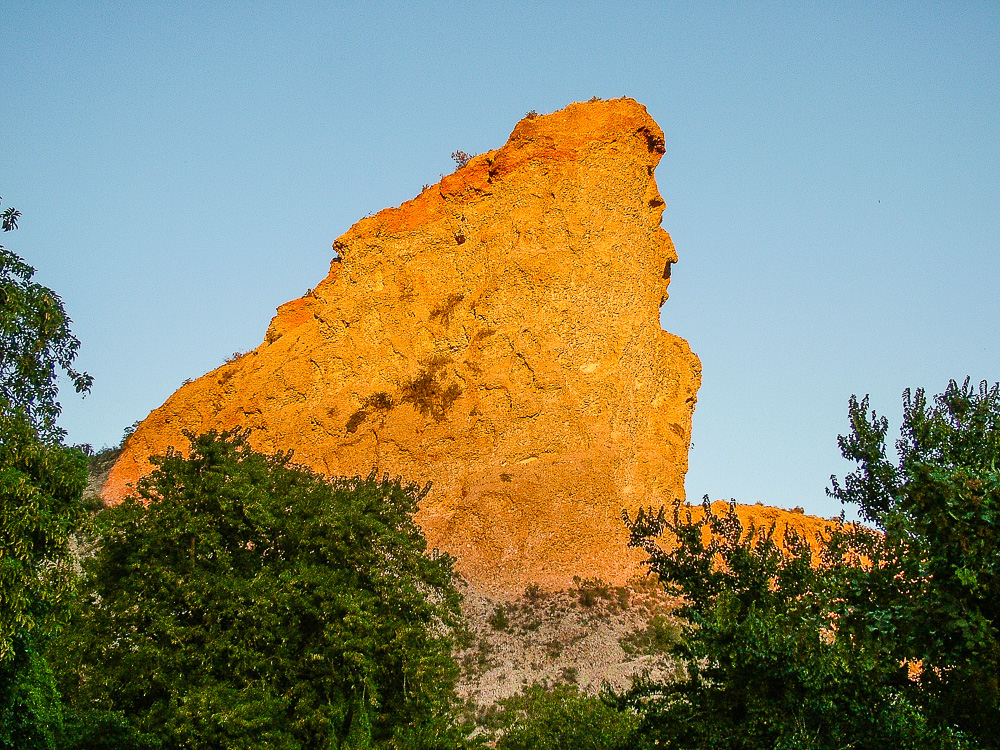 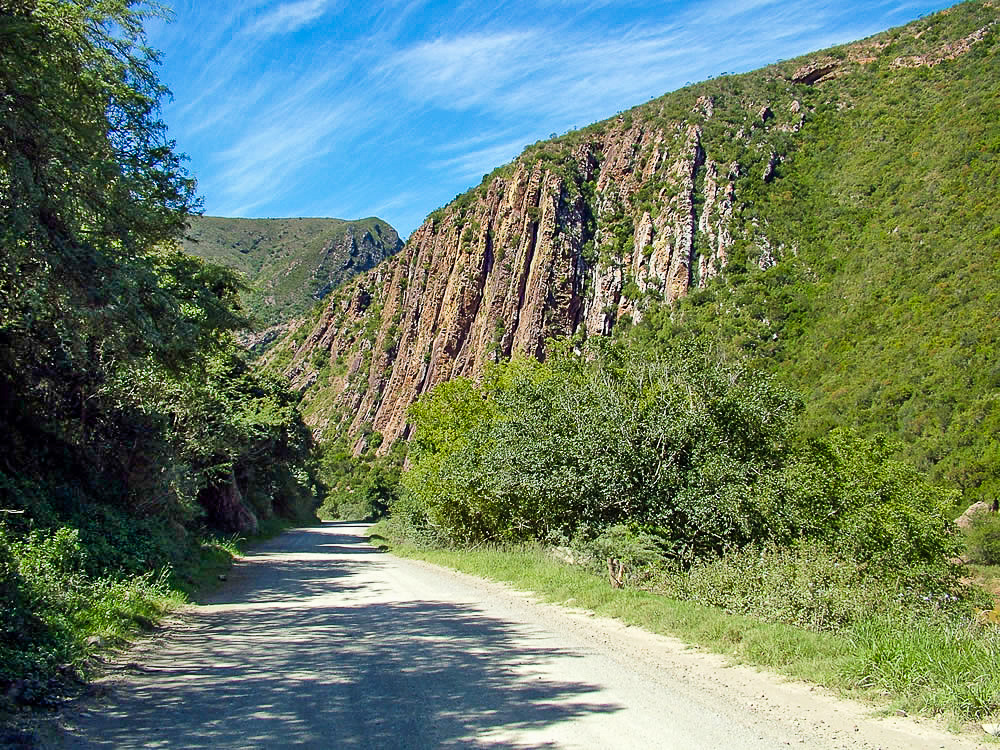 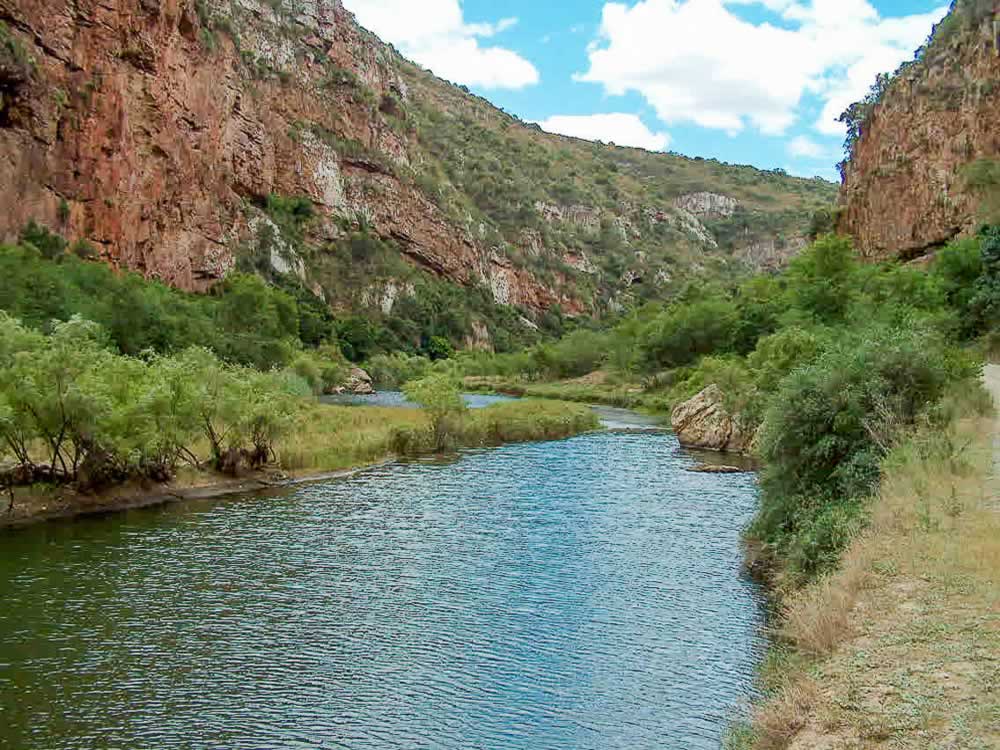 Shortly after the tar ends, [S33 44.710 E24 38.176] the road winds through the looming Groot River Poort with its towering sandstone cliffs.

Once through the poort you enter the rich farming area of Cambria with orchards to the right of the road and succulent thicket to the left. Cambria owes it's name to the early settlers of the district who were reminded of Wales. After leaving Cambria behind, you arrive at the Baviaanskloof where the road enters the Wilderness Area.

Shortly after entering the Baviaanskloof Wilderness Area you are surrounded by riverine forest, with yellowwoods, white stinkwoods and Cape figs. In fact, such patches of forest will be found in kloofs wherever there is perennial water. 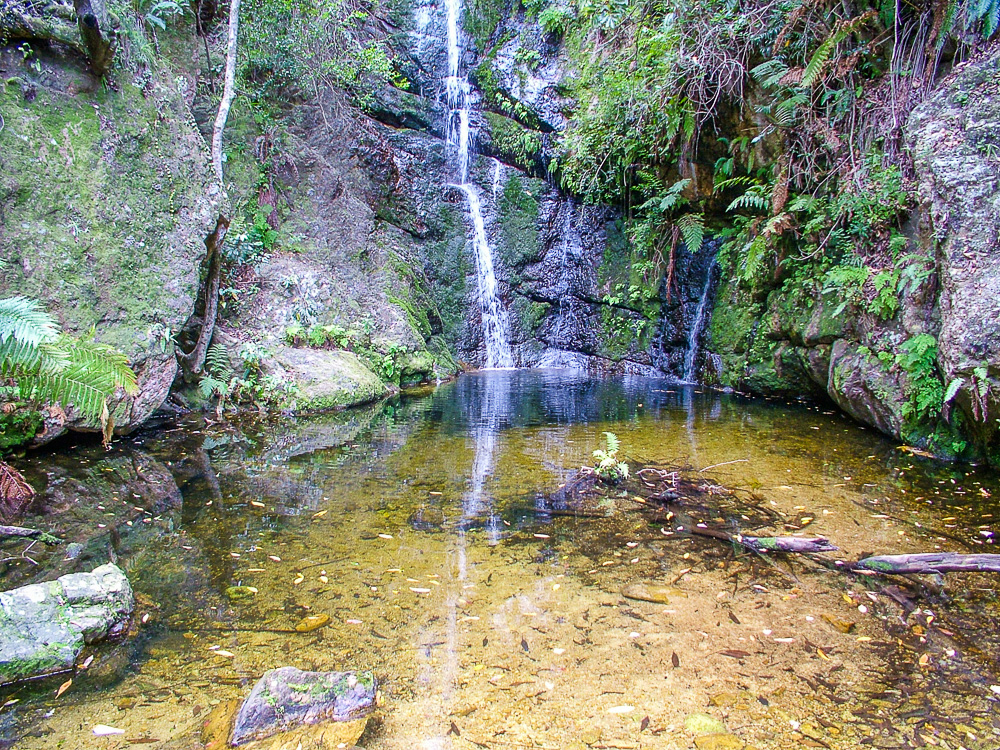 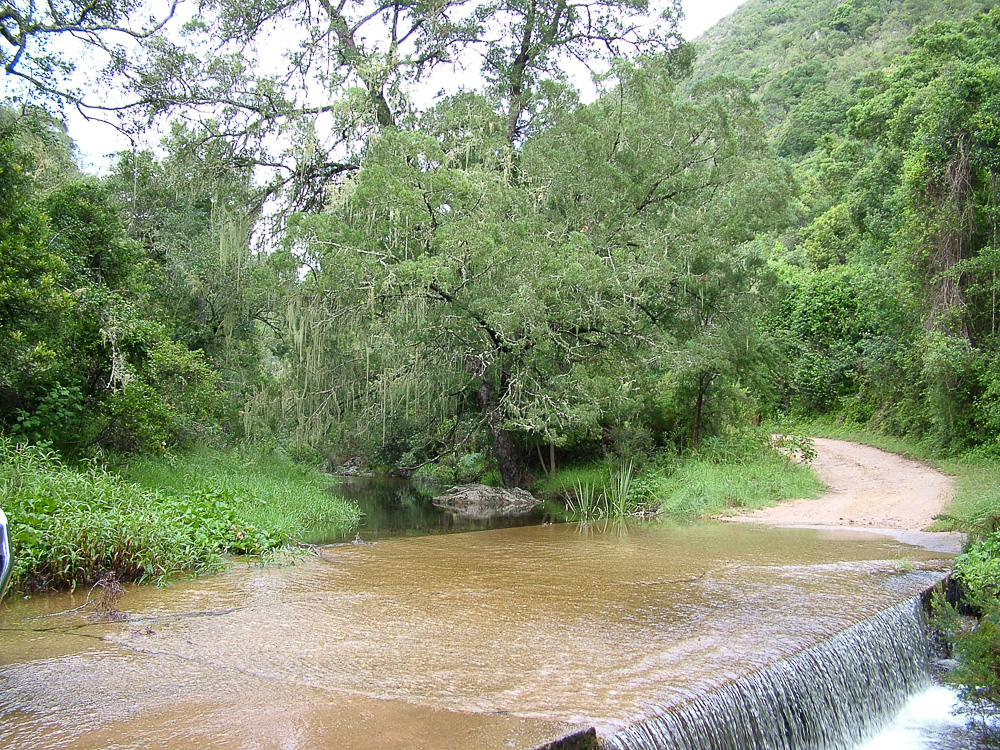 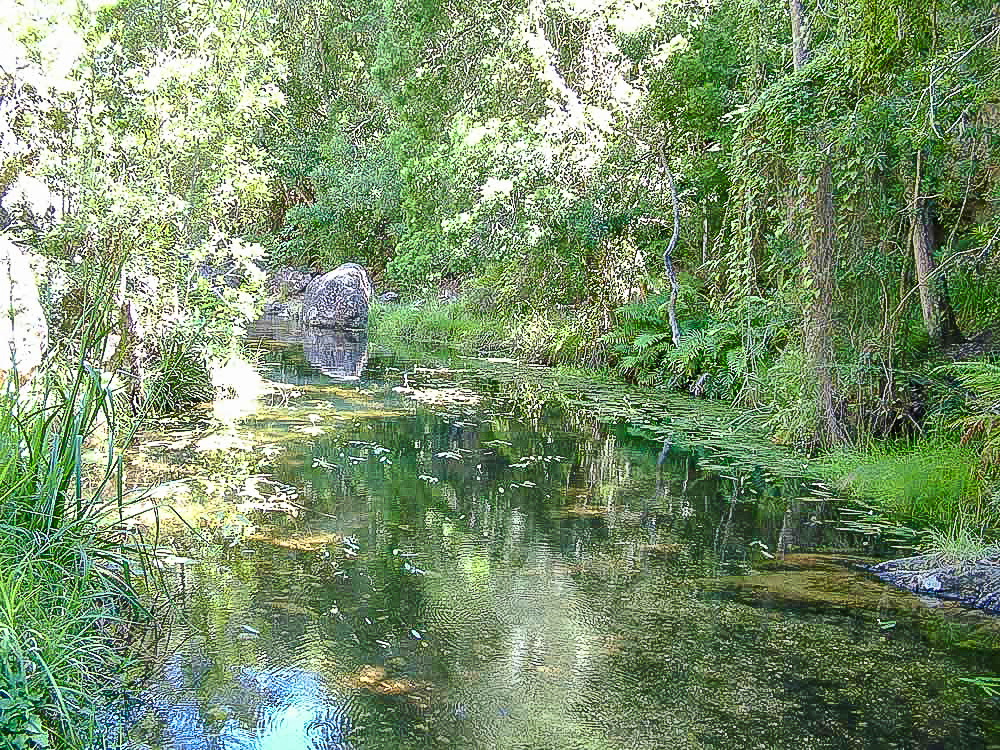